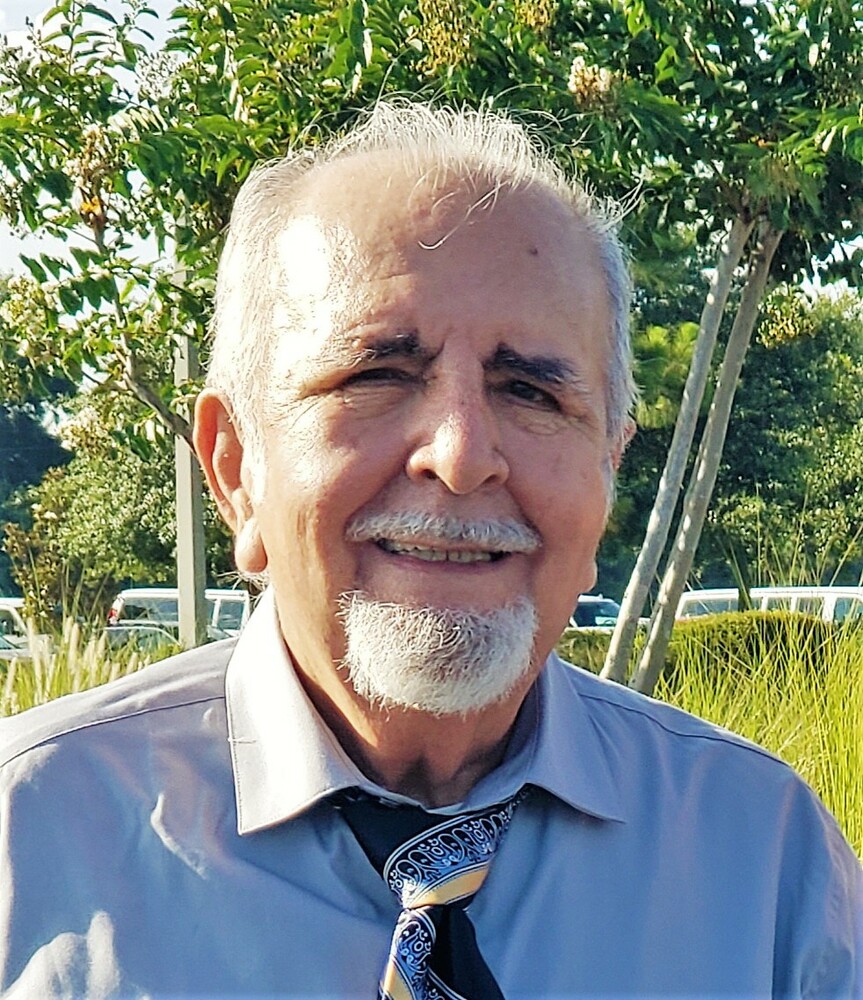 The son of Ana Belen Arenas de Pardo and Carlos Eduardo Pardo Murcia. Born the 1st of December of 1938. German was born in Bogota, Colombia and was married to the love of his life, Mariela Perez de Pardo for 55 years. He is survived by his lovely wife, children; German A. Pardo and Ana M. Kalman who have 2 children each; William Pardo, Katie Pardo, Nicole Lorenz and Andrea Lorenz respectively; brothers and sisters and their families in South America. German and Mariela lived in Colombia, Ecuador, Venezuela and the United States of America.

German was an expert in printing presses with decades in the field, including working as an instructor for several years. He was well respected in Caracas for his creativity and infallible ability to succeed in the most complex printing projects. After retirement, he came to the U.S., he worked at the Salvation Army for 10 years receiving donation items. He went above and beyond repairing broken furniture to improve their usability and appearance to the customers. He took advantage of this job to help many by providing a great service and kind words of inspiration. German obtained his U.S. citizenship in 2020 mastering the memorization of the civic questions required for the test, even though his memory was starting to fail. After his swearing-in ceremony, he could not wait to get home to display the U.S. flag that he had been keeping for a long time to mark such a special honor. He felt great admiration and appreciation for this beautiful country.

German was an accomplished athlete with a special passion for soccer and cycling. Roller skating and ping pong were a lot of fun for him and fun for his family to watch. German was a devout Catholic, a wonderful husband, dad and grandfather. He had a great sense of humor, the brightest mind and the biggest heart. We will miss him terribly, but we know we will see him again!

To send flowers to the family or plant a tree in memory of German Arenas, please visit Tribute Store
Tuesday
25
January

Share Your Memory of
German
Upload Your Memory View All Memories
Be the first to upload a memory!
Share A Memory
Send Flowers