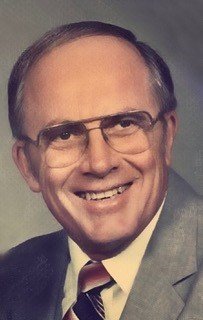 Mr. Peter C. True, 84 of Auburndale went to be with his Lord early on January 6, 2020. He was born April 30, 1935 in East Orange, New Jersey to Howard & Ruth McMurtrie True. He lived in Cheshire, Connecticut and that’s where he met his wife of 62 years Myra “Candy” True. Peter was an active member of the First United Methodist Church in Auburndale and enjoyed singing with his wife in the choir. Peter and his wife would often take their Hudson Hornet to car shows and always allowed children to climb into the driver’s seat of Doc Hudson. He also enjoyed sailing, square dancing, ballroom dancing and spending time with his family & friends. He was preceded in death by his parents; wife – Candy and 2 grandsons – Peter & Jeremiah.  Peter is survived by his son – Douglas, daughter – Wendy Watson, grandson – William True and granddaughter – Meghan Watson. A memorial service will be held 2:00 pm Sunday, January 12th at the First United Methodist Church, 316 Lake Ariana Blvd., Auburndale.

To send flowers to the family or plant a tree in memory of Peter True, please visit Tribute Store
Sunday
12
January