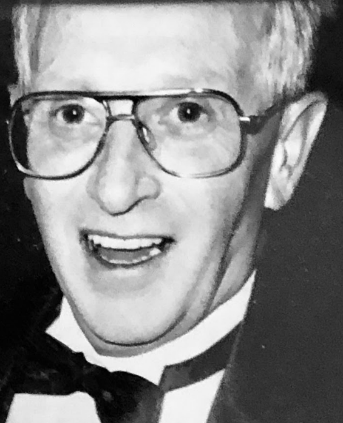 Our family is celebrating the life of David Walker Frost; a man devoted to his family over the course of his extraordinary, complex, and dynamic life. He leaves behind imprinted memories of both immediate and extended family and friends he spent time with, both for just a moment and over the course of his lifetime. We were eternally grateful to be in his presence on Thursday, November 3, 2022, at the time of his passing under the care of Good Shepherd Hospice at Winter Haven Hospital in Winter Haven, Florida at the age of 82.

David Frost was born in Niagara Falls Ontario, Canada and went to the United States to pursue his career in accounting where he graduated from the University of Buffalo in 1963. He began his lifetime of work in New York with careers as an Accountant, later Architect, and Sales throughout the United States as well as in both South America and Montreal, Quebec. He excelled in work due to his strong work ethic, authentic ability to build relationships, and connections with his work partnerships that are strong and outlasting to this day. Unbeknownst to most, he served in the United States military during the Vietnam War and was Honorably Discharged on December 11, 1968.

David Frost was an avid golfer and was a member of the Niagara Falls Country Club for most of his life. He was awarded with many attributes for his love of golf with two holes in one in his lifetime. He also achieved the award of the 60th Annual Champion at the Invitational Tournament in 1989. In his earlier years, he excelled at Badminton at the University of Buffalo with honors. Significantly, David Frost always had a keen sense for his love and connection with animals as a young child until his passing. All animals gravitated to him with wholehearted affection.

David W. Frost is survived by his wife, Bonnie Louise Frost, who embraces unconditional love of 59+ years; son Bill and daughter-in-law Cheryl Frost; daughter Anna Lea Frost; and grandsons Thomas and Matthew Frost. He is also survived by his sister Helen Doan, his brother Stan Frost, and his brother Bob White alongside nieces and nephews and the Lindsey extended family who embraced David Frost as their own.

Celebration memories can be shared at Kersey Funeral Home at kerseyfuneralhome.com. For his love of animals, donations are greatly appreciated to ASPCA.org.

From the Frost family… “Frosty, our journeys in life have been paved by the opportunities you provided to us in numerous ways through your guidance, wisdom, and push to reach our greatest potential”. Certainly, you have out done yourself, and we will respect every footstep going forward in your memory.

To send flowers to the family or plant a tree in memory of David Frost, please visit Tribute Store
Print
Share A Memory
Send Flowers