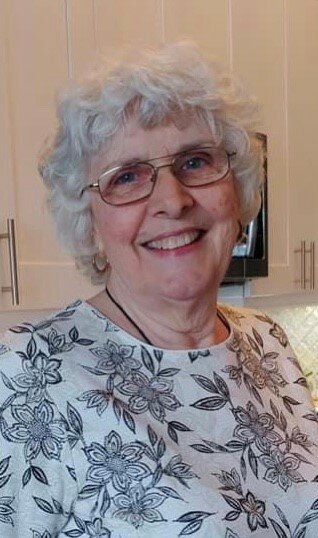 Gloria J. Vanderkooi, 81, of Winter Haven, Florida was called home to Heaven on September 3, 2022. She was the beloved daughter of Perry and Catherine Freeman. Born, March 25, 1941, in Grand Rapids, Michigan.

Gloria lived a full and beautiful life, not exempted from heartbreak and pain, but always carried through the storms by her unwavering faith.

Gloria married Ronald M. Worst (decd) in April 1959, and welcomed their 3 boys, Scott (Joyce), Michael (decd) (Sonja), and Christopher (decd) (Jennifer). After Ron was called home to Jesus, Gloria married Gordon Vanderkooi (decd), and together, they opened their hearts and home to many more treasured children.

Gloria was also granted the beautiful privilege of being a grandmother to, Valerie (Joel), Ronald (Holly), Allan, Ezekiel (Disree), Devin (decd), Alexandrea (Daniel), Geovany, and Matthew. Then, she enjoyed the added blessings of being a Gigi to Natalie, Kaylie, and Madeline.

She is survived by her brother Bill (Nancy).

Gloria, will be forever loved, missed, and cherished.

Memorial service for Gloria Vanderkooi may be scheduled at a later date by the family.

Share Your Memory of
Gloria
Upload Your Memory View All Memories
Be the first to upload a memory!
Share A Memory