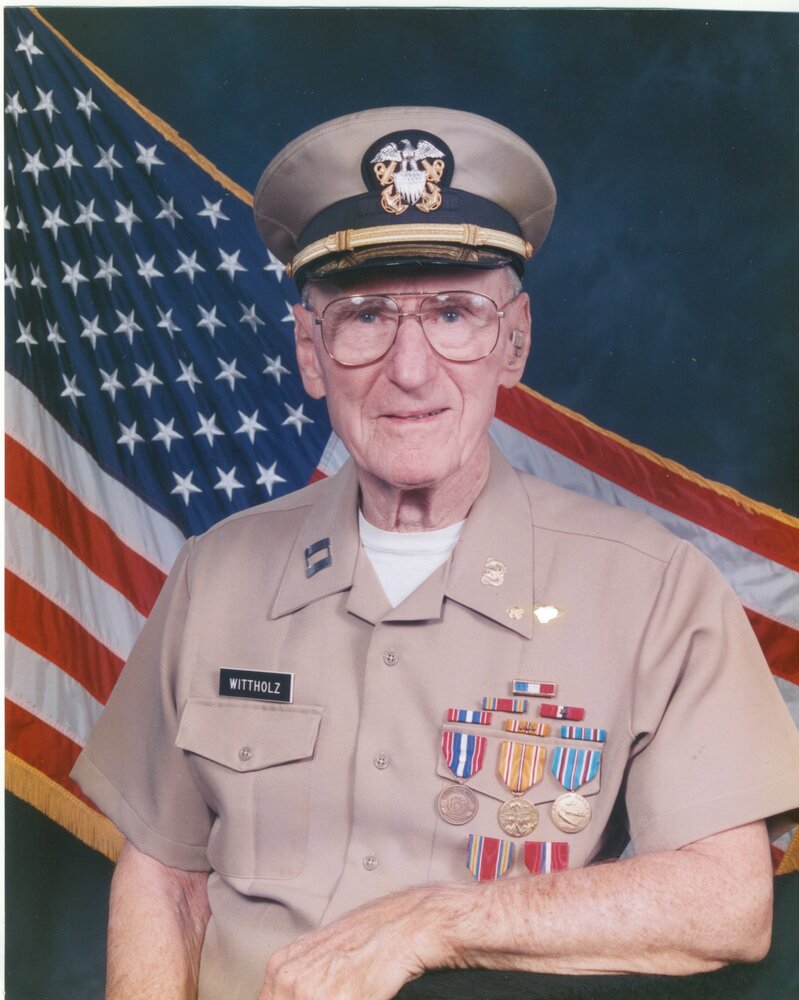 Mr. Walter Otto Wittholz, age 96, a resident of Auburndale passed away in his Florida home with his loving family by his side. The son of the late Charles L. and Margaret Elisabeth (Weiss) Wittholz. He and his wife were residents of Auburndale since 1978. He served in World War II as a member of the United States Navy and was a proud Veteran. Walter was the president of the National US LST Association, a 32nd Degree Mason, an Eagle Scout and a member of the Auburndale Old Timer’s Club. He retired after 45 years as an Engineer working for General Motors following his graduation from Purdue University with his Bachelors Degree. He was preceded in death by his parents; sister – Martha and brother – Charles who was a top 10 Navy Architect Walter is survived by his devoted wife of 62 years, Audrey Wittholz; 2 sons – Dean Wittholz and his wife Laura & Mark Wittholz and his wife Sandra; daughter - Susan Nevels; 4 grandchildren: Charlize, Samantha, Jack, and Katherine. A private family service will be held in Buffalo, New York. In lieu of flowers donations in his memory may be made to the USS LST 325 Memorial, 610 NW Riverside Drive, Evansville, Indiana 47708.