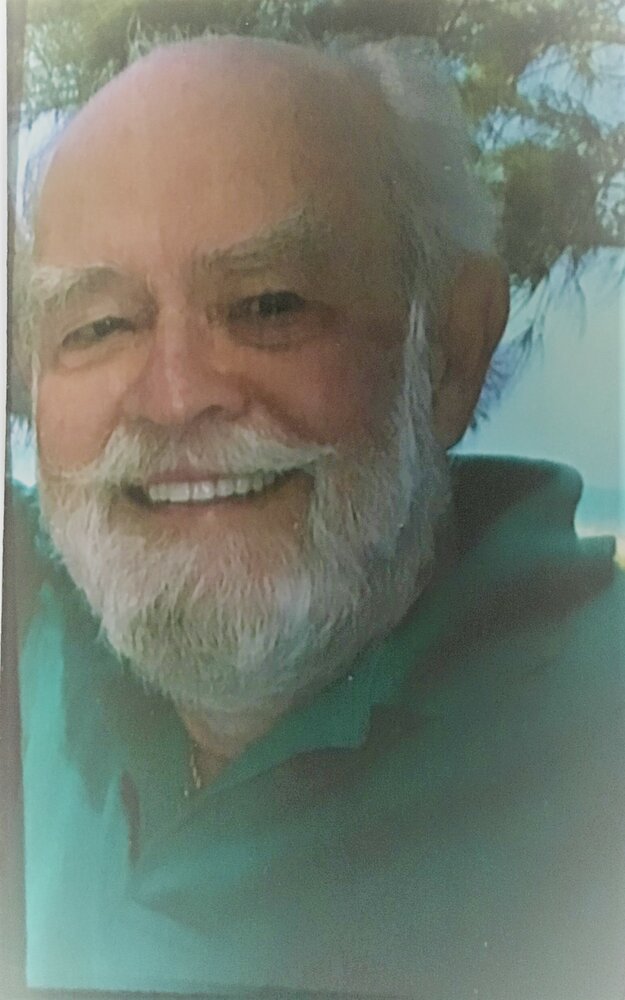 Paul Alexander Tanner, Jr., M.D., 97, died September 8, 2021 of age-related natural causes at Good Shepherd Hospice in Auburndale, Florida. He was born December 16, 1923 in Charleston, Missouri, grew up in Quitman, Georgia, and graduated from Quitman High School in 1941. He entered Virginia Polytechnic Institute (Virginia Tech) in Blacksburg, Virginia, where both his father and grandfather graduated. After 2 years, in 1943, during WWII, he enlisted in the Army to be in the medical corps. After training, he became an officer in medical administration. Then he was sent to Saipan right after it was captured and secured, to serve as adjutant of the 369th station hospital. The hospital treated wounded soldiers brought back from the battles north of there as they fought their way to Japan. In the late afternoons he would watch bombers take off from the next island, Tinian, 3 miles away, flying to bomb Japan at night. While he was there, Enola Gay, one of those planes, took off with the first of the two atom bombs to end the war in August, 1945. He was honorably discharged as a first lieutenant in 1946.

Paul returned to VPI and graduated with a degree in biology. He then entered Medical College of Virginia in Richmond, Virginia, and graduated in 1953 as a Doctor of Medicine. He interned and took part of a surgical residency at Mound Park Hospital in St. Petersburg, Florida, now part of Bayfront Medical Center. While interning, he met and married a young schoolteacher named Elizabeth in 1953. In January, 1955, they moved to Auburndale, Florida, where he established a family medical practice, doing everything from surgery, treating illness, delivering babies, sewing people up, setting their bones, and making house calls! Also, on those days, he visited his patients in the hospital every day, morning and night, which he continued for the rest of his practice.

He volunteered as team physician for the high school football team and attended essentially every game on the sidelines, home and away, for 40 years. He was instrumental in changing the custom of the team sucking on wet towels for fluid and not drinking water during the games. He took his lab technician with him one game and took the boys' blood and weighed them before and after the game. Half the team used the wet towel, and the other half drank as much as they wanted of a concoction Paul mixed up of water, orange juice, and salt. The difference in the boys was dramatic. He shared his research with other football doctors in the areas, and they all changed that custom with their teams. That was in 1955. In 1965 one of the first commercialized sports drinks, Gatorade, was developed at the University of Florida. Some of the Auburndale football boys went to the University of Florida and may have told their coaches and team physicians about Paul's research. It never occurred to him to commercialize his magic drink!

Paul was elected Chief of Medical Staff at the Winter Haven Hospital in the 1960s, and he also served as Chief of Medical Staff at Morrow Memorial Hospital in Auburndale the whole time it was open in the 1960s and 1970s. It is now Good Shepherd Hospice of Auburndale. He was active in the Polk County Medical Society, serving as president in 1975, and he was active in the state meetings. Family medicine became a specialty in 1970. He took the required medical education and passed the exam to become a Fellow Charter Diplomate of the American Academy of Family Medical Practice in 1971-1972. This means he was in the first class to obtain board certification in family medicine. To remain certified as a specialist, he had to take more approved medical education and pass exams every six years, which he did faithfully for the rest of his 48 years of medical practice. He was a good doctor, and treated generations of families. He loved them, and they loved him.

Paul was an active member and Elder in the First Presbyterian Church of Auburndale. In the early years, he was a member of the Rotary Club and was active in Auburndale city and school activities. He was an accomplished musician, had many interests, and loved antiques, fishing, playing golf, and spending time with his family. He authored a book in 2009, "My Whole Life and 48 Years of Family Medical Practice", providing quite a history of growing up in the 1920s and 1930s, Southern culture, the Second World War, medical practice and patient stories, the ups and downs of family life, and just plain living.

He was a good man, a good friend, and a good husband for his wife of 68 years, Elizabeth. He was a good father for his six children, Paul III, John, Mary, James, Mark, and David. He was a good grandfather for eight grandchildren, Garrick, David, Anthony, Luke, Fiona, Charlie, Isabella, and Ashton. He was preceded in death by his son David and grandson Anthony. He is survived by his wife Elizabeth, his other five children and their spouses, his other seven grandchildren, and his two brothers Terry and Maurice and their families. A church memorial service will be held at a later date.

To send flowers to the family or plant a tree in memory of Dr. Paul Tanner Jr, please visit Tribute Store

Share Your Memory of
Dr. Paul
Upload Your Memory View All Memories
Be the first to upload a memory!
Share A Memory
Send Flowers