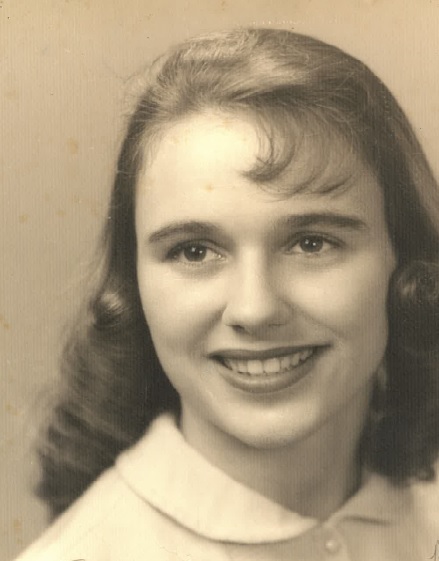 Peggy Sue Gustavson (Glasscock), 81, of Lake City, Florida, died May 22, 2021 at Baya Pointe Nursing and Rehabilitation Center due to complications from Alzheimer’s’ disease. Born on December 6, 1939 in Polk County, Florida, she was the youngest of eight children of the late Edward and Nancy Glasscock. After graduating from Auburndale High School, Peggy attended Florida State University in Tallahassee, Florida, where she was a cheerleader. While home for a visit and being recognized for a pageant title, she met Donald “Don” Oscar Gustavson, USAF, who was stationed at Bartow Air Base and just happened to be driving her car in the parade. It was love at first site and they were quickly engaged and married on December 28, 1959 at the First Presbyterian Church in Auburndale. Peggy and Don frequently moved with the Air Force, and Peggy easily made friends at each new destination due to her outgoing personality and kind nature. Peggy had her son Donald “Todd” Gustavson in 1965, and later had her daughter Donna “Michelle” Gustavson in 1980. Peggy enjoyed playing tennis but had to give it up her beloved sport due to a knee injury. Peggy was a homemaker for many years and also held positions in various industries. No matter what she did, she was recognized for her strong work ethic. Peggy was a devoted wife, mother, and grandmother who always put her family first. At times she worked multiple jobs so her children could participate in sports, finish college, and pursue their dreams. Her kindness and unconditional love will be deeply missed. Peggy is preceded in death by her husband of 62-years, Don, and all seven sisters and brothers – Juanita “Nita” Green, Alice Faye “Ackie” Scott, Letah Rae “Cricket” Glasscock, Vernon Glasscock, Dwaine Glasscock, Edwin “Buddy” Glasscock, and Gerald Pete Glasscock. She is survived by her son, Todd, and daughter-in-law, Chantal Gustavson, of Lake City, Florida, her daughter, Michelle, and son-in-law, Ron “Rocky” Wieczorek, of Boise, Idaho, and five grandchildren: Mikah Gustavson, Hayden Gustavson, Colin Crecelius, Louis “Louie” Wieczorek and Oakley Wieczorek. In lieu of flowers, the family is requesting that donations be made to the Alzheimer’s Association to accelerate research and help fight Alzheimer’s. Graveside service will be 11:00 am Thursday, June 3rd at Auburndale Memorial Park. Military honors for Don will also be held.

To send flowers to the family or plant a tree in memory of Peggy Gustavson, please visit Tribute Store
Thursday
3
June