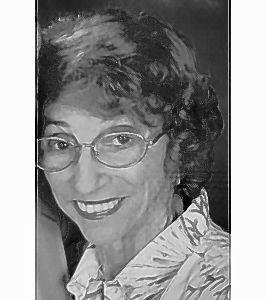 AUBURNDALE - Margaret Harley Greulich passed away April 4th 2021, Easter Sunday.
Mrs. Greulich was born October 7th, 1925 in Alcolu, S.C. to Brooks and Kathleen Harley.
She attended Auburndale schools and graduated in 1943.
Following graduation Margaret attended Florida State College for Women in Tallahassee where she graduated with a double major in English and Spanish, and she obtained her Masters in Library Science from USF.
Upon college graduation she began a long and productive career as an English, Spanish, and Humanities teacher. She later went on to be the schools librarian and was awarded teacher of the year twice.
She retired in 1984 and she and her husband Al enjoyed retirement at their FL Keys home. They split their time between The Keys and Auburndale and enjoyed life long friends.
Margaret was very involved in her church life. In Auburndale she attended St. Alban's Episcopal church and St. James the Fisherman in Islamorada. She served as Sunday school teacher and Senior Warden.
Margaret was a member of the teaching sorority DKG for over 50 years and was a member of the DAR for 45 years.
Of all her accomplishments, being a caring, kind mother, and a cherished grandmother was her greatest.
She always encouraged those around her to seek out higher knowledge. Above all she lived with a pure and open heart in all she did.
She is survived by her two children, Albert Greulich, and Ellen Greulich, as well as her two grandchildren, Julia Wiggins and Ben Wiggins.
Funeral arrangements will be at St. Albans Episcopal Church Friday April 9th, at 2:00 pm. A gathering before hand will be held in the parish hall at 1:15 pm. Donations can be made to the church in her honor.

To send flowers to the family or plant a tree in memory of Margaret Greulich, please visit Tribute Store
Friday
9
April

Share Your Memory of
Margaret
Upload Your Memory View All Memories
Be the first to upload a memory!
Share A Memory
Send Flowers