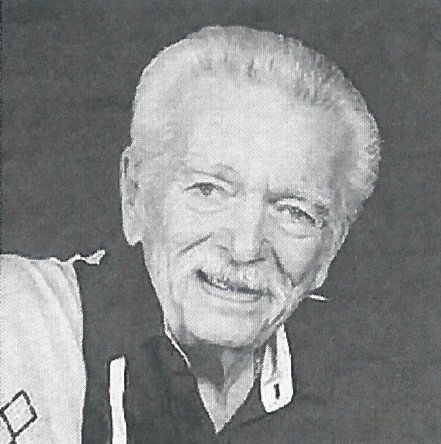 Mr. Paul Joseph Rado, Jr. age 78 a resident of Auburndale, Florida formally of Franklin, Ohio passed away Thursday, August 27, 2020 at Good Shepherd Hospice Forsythe House in Auburndale. Mr. Rado was born November 8, 1941 in Dayton, Ohio to Paul Joseph and Rita Colleta (Ellender) Rado, Sr.  He was an Auburndale resident since 2018 coming from Franklin, Ohio.  Paul was a graduate of Chaminade High School, Class of 1959.  He retired after 41 years as a Prototype Engineer for Deuer Manufacturing.  He helped patent the tire lift device for the Chevy S-10 truck. Paul was a faithful Catholic, attending St. Joseph Catholic Church in Lakeland as well as St. Henry Catholic Church in Miamisburg, Ohio, where he was a  head usher.  He was a member of the Moose Lodge 1645 in Miamisburg.  Paul, and his wife Cindy, also had their own flooring and drapery business (Interior Installations) for 24 years in Ohio.  He was lifetime member of both the 3730 and 4726 Knights of Columbus and achieved their Fourth Degree.  Paul was an avid bowler for over 40 years and participated in the United States Bowling Championship.   He was also a core supporter of the Dayton area “FEIS” society (Irish family dancing).  As one the founders, he helped build all the stages and his van provided a dressing room for many of the dancers.   He was quick to help build or fix anything for anyone at any time.  He and his family enjoyed traveling - especially camping in the beloved “Winnie”.  He also enjoyed golfing, fishing, socializing, and baking his Hungarian cookies.  He also amassed a collection of Nutcrackers (over 130).  Most of all, he simply loved spending time with his wife and family. He was preceded in death by his parents; son – Martin T. Rado; brother – Albert S. Rado and nephew – Joseph Schwartz. Paul is survived by his loving wife of 57 years (June 29, 1963) – Cynthia L. Foster Rado; son – Matthew C. Rado and best friend, Erin; 4 daughters – Molly E. Rado, Michele A. Rado Baker and her husband Matt, Margaret A. Rado and her husband Michael Grammer and Marilyn S. Palcic and her best friend Andy Bell; 2 brothers – Michael E. Rado and his wife Julie and Robert T. Rado and his wife Lisa; sister – Donna J. Rado-Schwartz and her husband Mike; 3 grandchildren – Michael, Ashley and Cole; 3 great grandchildren – Aubrey, Lilly & Iris; 3 nephews – Kyle, Justin and Kiel; 4 nieces – Stephanie, Courtney, Kelly, Teresa and many great nieces & nephews; honorary brother – Alex Rado and his wife, Marty and honorary sister – Jeanie Waldron and her husband Jim. Memorial services will be held at a later date. Arrangements By: Kersey Funeral Home, 108 Lake Stella Dr., Auburndale, FL. 33823.  (863) 967-1167

To send flowers to the family or plant a tree in memory of Paul Rado, Jr., please visit Tribute Store