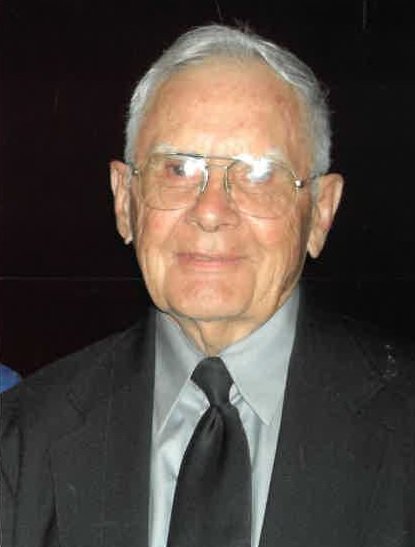 William “Bill” Dexter Augspurger, M.D., a resident of Auburndale since 1973, passed away on Wednesday, September 11, 2019; he was 88 years old.  Bill was born in Winchester, Indiana on April 30, 1931, the child of Raymond Cooper Augspurger and Bessie Thursda Augspurger (nèe Sickels).  Bill graduated from Wabash College in 1953 and from the Indiana University School of Medicine in 1957.  It is at Indiana University that he met his wife of 62 years, Diane Kearney Augspurger (nèe Thompson), while she was attending the Indiana University School of Nursing; they married in June of 1956. After their graduation, Bill and Diane moved to Portland, Oregon where Bill began his service as a First Lieutenant and then a Captain in the Army Medical Corps.  Bill remained in the Army Medical Corps until his honorable discharge in July of 1964.  While in Portland, their first child, James Frederick, was born.  Bill and Diane moved to Ohio in 1960 where Bill completed his medical residency in Toledo and then began his practice as a primary care physician in Barberton, Ohio, where his second child, David Raymond, was born.  Bill and Diane then moved to Medina, Ohio where Bill was in private practice until 1973.  His two youngest children, Thomas Paul and Lisa Jean, were born in Medina.  In 1973, seeking warmer weather and to be closer to Diane’s parents, Bill moved his family to Auburndale, Florida where he served as a primary care physician until 1994.  After his retirement, Bill continued to volunteer with the Lakeland Volunteers In Medicine (LVIM) for several years. ​Bill dearly loved his family and he was a devoted father and husband, an avid fisherman, and a collector of rare outboard motors. Bill was an active member of the Antique Outboard  Motor Club, Inc. (AOMC) and enjoyed refurbishing Evinrude Elto Cub and Elto Pal outboard motors until shortly before his death. Bill was very proud of his four children and his five grandchildren.  Bill is survived by his wife, Diane, their children, Jim (his wife, Vanessa), David (his wife, Paige), Tom (his wife Jill) and Lisa; and his grandchildren: Benjamin Thomas Augspurger (his wife, Jennifer), Erin Lyndsey Quicker (nèe Augspurger)(her husband, Kevin Quicker), Christian Raymond Augspurger, Caroline Padi Augspurger, and Lillian Jean Augspurger.

To send flowers to the family or plant a tree in memory of William Augspurger , please visit Tribute Store
Monday
16
September