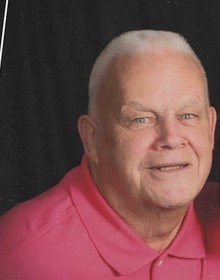 Warren was a graduate of Rome Free Academy in Rome, New York and attended Manlius Military School. After relocating to Central Pennsylvania, he worked as the manager for Imperial Motor Inn and the Happy Valley Motor Inn in State College until his retirement in 2001.

In addition to his wife, Sandra, he is survived by two children, Derek Wood and Stacey Hoffman (Michael), all of Bellefonte, and two grandchildren, Ryleigh Winters Bonds (Zachary) and Jordan Aubin. Also surviving is one brother, Neil Edkins (Phyllis), of Henrietta, NY, and Cynthia Anno (James), of Milton, DE.

Warren was very athletic in his younger years. He enjoyed bowling and baseball, being particularly proud of his baseball team being NY State Champs. Although he only had two grandchildren, he had an overwhelming love for all his “grand-animals” over the years. He could light up a room with his contagious smile. Warren saw the good in everyone he met and loved them all. He developed many friendships over his years. He will be remembered for his friendly, happy and outgoing personality.

A Celebration of Life and burial will be private at the convenience of the family. Arrangements are under the direction of Wetzler Funeral Service, Inc. in Bellefonte.

In lieu of flowers, memorial contributions may be made to Light & Life Free Methodist Church at 5730 Deeson Road, Lakeland, FL 33810.