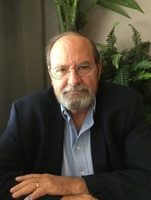 Obituary for Edward Paul Yeager Edward Paul Yeager, 72, of Haines City, Florida went to be with his Lord and Savior, Jesus Christ, on July 20, 2022 at Good Shepherd Hospice in Auburndale, Florida. He was born on September 2, 1949 in St. Louis, Missouri to Paul Yeager and Mary (Cloin) Yeager. Edward was a devoted husband and father. He and his wife Susan were blessed to be married for 50 years. He is the father of two sons, both having made their dad very proud. Edward has three grand children and they are Edward's heart. They loved him just as much as he loved them. Edward spent 21 years serving in the Marines, ending as a Master Sergeant. He then spent 28 years in service at Walt Disney World. Edward enjoyed golfing, traveling with his wife, making others laugh, and playing games with friends and family. Edward's encouragement, jovial manner, and support will truly be missed by his loved ones. He was a hugger and always carried a big smile on his face. That big warm smile is now smiling down from heaven. Edward is survived by his loving family as follows: His wife Susan (Lyons) Yeager, Haines City, Florida; sons Edward P. Yeager Jr. (Jaime), Clarksville, Tennessee; and David C. Yeager (Karen), Fairfax, Virginia; brother Teddy Yeager, Olney, Illinois; sister Diana Yeager, St. Louis, Missouri; sister Connie Yeager, St. Louis, Missouri; and three grandchildren, Isaiah, Lucia, and Gideon. He was preceded in death by both his parents and his brother, Michael Edwards. A service to celebrate Edward's life will be held at High Point Church (4025 N. Scenic Hwy., Lake Wales, FL) on Thursday, July 28th at 9:30, with Rev. Jack Hilligoss officiating. Interment will be held at Florida National Cemetery, Thursday, July 28th at 1:30PM in Bushnell, Florida. In lieu of flowers, donations may be made to Nazarene Compassionate Ministries, at https://ncm.org/